We have started into earnings season the first “Market Movers” to report have been the big banks.

Goldman, Citigroup, Wells Fargo and JP Morgan all reported, and the results are all fine.

What is interesting is thus far in 2019 they couldn’t be in a worse interest rate environment and all are coming out saying net interest margins will go lower, and that pain will impact them.

But all their stock prices are holding in just fine.

This chart is very interesting in that it shows the S&P financial index increasing by roughly 20% as the US 10 Year Treasury declines by almost 30%, the two normally trade in similar patterns.

And over a longer term, from the Trump election until now- when the yield broke out on Treasuries, the banks traded higher in lock step, but as yields declined this year, it shows the financials move back to towards their all time highs.  This is interesting in that generally they should go up and down together, and the correlations are less relevant.

Ultimately, what we think this is telling us is that even in a difficult operating environment for the financials, these stocks are provide good value and don’t seem to want to decline any further, if anything they look like they want to go higher with the market.

We’re looking forward to the rest of earnings season.

What’s an investor to do with a stock like Shopify ?(Shopify Stock Quote, Chart TSX:SHOP)Already trading at absurdly high levels, the e-commerce company’s share price keeps climbing higher — as does its top line, which grew by a whopping 50 per cent in its last quarter. Jumping in even at these prices is tempting, says portfolio manager Rick Stuchberry, who argues that even though Canada’s investment environment is tilted in SHOP’s favour, you should probably resist the urge and look instead to cheaper tech plays in the US.

“We owned it and sold it. It was a triple or something, a really good sale. But the thing kept going,” says Stuchberry of Wellington Altus Private Wealth to BNN Bloomberg on Monday. “What happens to a stock like this is —now remember, this is a Canadian darling— that as it moves up in market cap, the ETFs, if they have a Shopify in their basket, they have to continue to buy the thing. They’re adding to their positions just to maintain their weightings.”

“It’s a self-fulfilling prophecy,” he says.

Currently one of the hottest stocks not just in Canada but in US markets as well, Shopify is now up 89 per cent year-to-date. That’s after finishing 2018 up almost 50 per cent, a year in which the tech sector in general performed poorly.

SHOP has surged higher over the past week, buoyed by the market’s response to its first quarter earnings, delivered on April 30. Revenue for the quarter jumped to $320.5 million, compared to $214.3 million a year earlier and besting analysts’ expectations of $309.4 million. (All figures in US dollars.) At the same time, the company posted a net loss of $24.2 million, which was higher than last year’s Q1 loss of $15.9 million. Also notable was the guidance from management, which upped its fiscal 2019 adjusted operating income from the $10-million to $20-million range to the $20-million to $30-million range.

“The company has done very well, doing everything they said they were going to do. And it is a stock in the Canadian portfolios that the managers really have to buy if you’re running an index in Canada,” says Stuchberry.

“This thing is going up and up as opposed to the banks which are going sideways,” he says.

Stuchberry argues that emerging competition may become a factor for Shopify and that a a buyout from a larger tech company looking to take on e-commerce processing is also a possibility.

“On the valuation model, we’ve been looking for the big pullback and we haven’t had it. So what we’ve done is redeployed into technology in the United States,” he says. “Because there are so few names in Canada, they’re always trading at a pretty reasonable premium to what you can get in other markets. Almost all of our technology now is in the US where we think it’s cheaper on a relative basis because of this ETF model.” 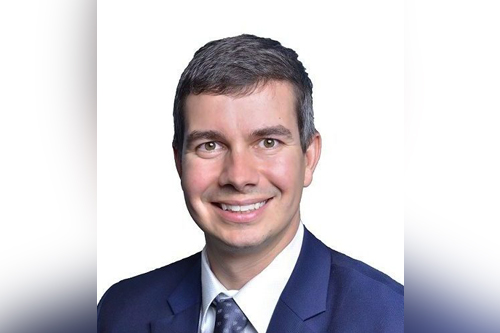 Those giving Lyft a rough ride after its shaky IPO need to take a step back and let the firm prove its worth, according to a portfolio manager.

Chris Stuchberry, portfolio manager at the Stuchberry Group, Wellington-Altus Private Wealth, admitted he wouldn’t be going in on the unicorn tech firm at this stage but said the negativity over its initial price drop was too knee-jerk.

Lyft’s initial sheen wore off in the first 48 hours, with its price dropping below the $72 IPO. Calling it a classic risk-reward scenario for investors, Stuchberry said Lyft – like Facebook and Snapchat before it – now has to prove its business model to convince the market it can progress from the growth, cash-burn phase through to profitability.

But he said the naysayers have been too quick to judge the firm’s market debut, which has been interpreted as a worrying signpost for a host of other unicorns that plan to list this year, like its rival Uber Technologies Inc. and also Pinterest Inc., Postmates Inc. and Slack Technologies Inc.

Stuchberry told WP: “There is no question that buying something on opening day with minimal public history is a risk but, remember, short-term risk exists in every stock. I could name 100 stocks that you bought last Friday and might not be up on this Tuesday.

“It’s such a short time horizon that it doesn’t make much sense to jump to a conclusion right away. To sit here and look at a company that is trying to disrupt the entire transport business model and has been doing it very successfully for three years and just did a $2 billion IPO and then within days is down 9% … to say its business model is this and that, it’s too soon.”

He pointed to Facebook’s listing in 2012 as being “as bad as an IPO could go”, with its stock down 50% within six months. Just like Lyft now, Mark Zuckerberg & Co had to prove they could run the business and prove it was actually a money-maker. The rest, as they say is history. Snapchat also went through see-saw growing pains, having been priced at $17, opening at $28 and then sinking to $19 in its first month, although its current stock is a worrying $11.

Toronto-based Stuchberry said: “They are hyped because it’s [about] the idea. These companies are where the innovative ideas are. But it’s not like any of them have shown up on the market with this profitability. They are showing up in their massive growth phase, which seems to last longer for these companies.”

“That’s something other companies don’t really have to do if you are yet another auto parts company, for example. We had Levi’s jeans [have its IPO] two weeks ago and it’s a proven business model and historic. It doesn’t have to prove they can run the business or that it works.

“Lyft, on the other hand, has to do both of those things. With these tech IPOs, there is significantly more risk but I would say quite a lot more reward.”

Personally, Stuchberry likes Lyft and is encouraged by its back-to-back years of 100% growth and $2.2 billion IPO. He urges caution, though, and said the first days of trading should be taken with a pinch of salt. Clients keen on a name must be able to handle the risk involved and from a team perspective, Stuchberry Group prefers to sit back and see how the market settles down.

“On the first day of trading, if you buy at the high you are the person who has paid the most ever for that stock … ever! And that’s always a difficult position to be in. Where possible, we endeavour not to be in that position in any investment.

“If you have a client whose risk tolerance it fits and it makes sense and they really want to, you can always dip a toe in the water and get a piece of what you might want as an initial position. But I don’t think you ever need to do that on opening day.”

Stuchberry hopes Lyft’s “ethical” mission to increase ride sharing and reduce pollution is a success but conceded there may by some overhang because people are still waiting on Uber to enter the IPO battleground. He thinks they can exist together, however, and that the unicorns waiting in the wings should not be concerned by this week’s events.

He said: “Each has to cross the path at some point anyways. The Facebook path, the Twitter path, the Snapchat path … at some point they all have to turn and create that validity.”

We have owned Alimentation Couche Tard for approximately a year and it’s starting to look ready to breakout higher. It has broken out to the upside of a 5-year consolidation as it has bought out several companies over the last several years but added a good amount of debt to do so.  The market is starting to get a handle on the new company layout and money seems to be flowing in.

The company itself is doing a lot of things right, they are rapidly paying down debt after these transactions and growing both revenue and earnings. Execution is looking good.

The past isn’t exactly important but after the last major growth phase for Couche Tard, the stock grew nearly 50%/year for 7 years.  This is unlikely to occur again as it is a much larger company and cant move as easily, but it still appears that we are looking forward to some good days.

Corporate earnings are coming in nicely in general and Couche Tard earnings come out March 19th.

Happy to discuss markets if you call in.

RRSP season is down to 17 days.

He discusses looking to the American Large Caps and ADR’s.

Rick reviews his past picks: ING Groep, Royal Bank of Canada and SpinMaster | 4:56[/vc_column_text][/vc_column_inner][/vc_row_inner][ultimate_spacer height=”30″][vc_column_text]Click on the links below for Rick’s outlook on select company stocks: