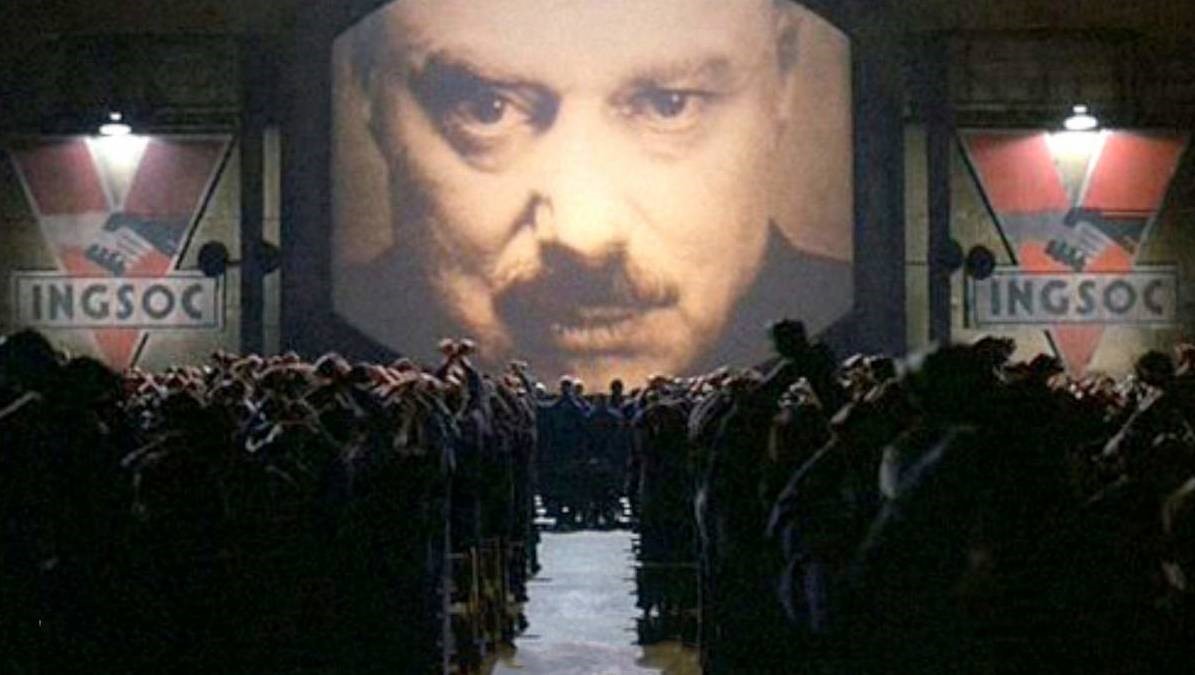 Nineteen Eighty-Four, George Orwell’s ninth, final and most famous book describes a dystopian future run by a supreme leader known as “Big Brother”.  The world is in a state of perpetual war and the people impoverished, mal nourished and utterly subjugated. The dangers of propaganda, revisionist history and government surveillance are major themes found in Orwell’s masterpiece.

The main character, Winston Smith, works for the Ministry of Truth.  His job is to rewrite old news articles and other historical records to make sure that recorded history conforms to whatever Big Brother is saying at any given time.

The parallels to what we see around us each day are staggering, and it’s essential that we not let ourselves be swept away by the bombardment of conflicting information that makes us question the fundamentals of our respective realities.

When investing capital, it’s of utmost importance to stay grounded, and to avoid the psychological traps that are ever present around us.

How do we make decisions to invest when we see the following headlines in the span of days?

On April 13th: Goldman Sachs abandons its bearish near-term view on stocks, says the bottom is in

How do we make decisions when our basic assumptions are routinely challenged?  The stock market can’t do well when the economy is in a tailspin. Or can it? US politician Alexandra Ocasio-Cortez, known as AOC, tweeted a screenshot of notorious market commentator Jim Cramer last week Friday, April 10th. 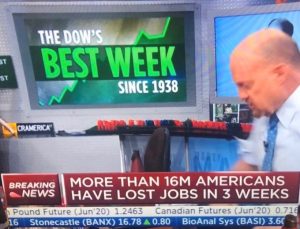 The market is up spectacularly, but almost 5% of people in the US lost their jobs in the last few weeks. People are losing work, people are sick and dying, families are separated, people in intensive care can’t see their loved ones. Disastrous stories abound.

As of this writing April 17th the markets are up 2% yet again this week. How can this be?

It’s important to get back to basics and remember these facts:

I wrote about this on March 26th with my piece entitled “The Chairmen”.  In that post you can listen to words coming directly from the people who control (and controlled) the Federal Reserve of the United States.  The videos found in that blogpost should be on the must watch list of everyone who wants to know what’s going on and get an idea of what markets will likely do.

Markets may still go down with more capital in the system, but the extra currency gives them a strong upward bias. My advice to all is to stop being overly focused on what happens one day to the next and look forward as markets do. The further out you go the more likely you are to be happy with your decisions to invest today. Remember, more money is being created here each day, and the few productive assets that exist in the world have been going up in value accordingly.

Winston Smith and the Ministry of Truth would have you second guessing yourself into inaction but as Flava Flav so sagely said in 1988: “Don’t believe the hype”.

Being an optimist is an important characteristic of any advisor. If you don’t believe

In my blogpost of March 26th this year, The Chairmen, I wrote about the importance

We strive to give exceptional service and care to our clients and their families. With decades in practice, we know investing is wonderful when done well. Put your trust in us and benefit from our experience.