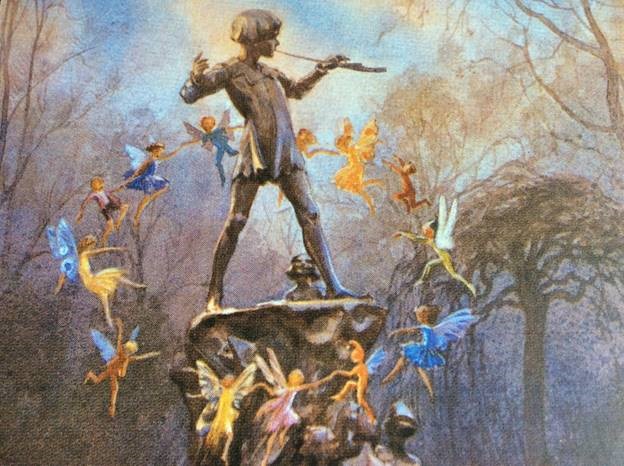 I know I shouldn’t… but the first thing I do each day is reach for my phone.   I put in my password and log on to CNBC.COM to check on market sentiment by looking at the Dow, S&P 500 and Nasdaq futures.  What are the major headlines that will dominate the day? Is there news coming out of Europe or China? And more often than not I am confronted by a screen that looks like the one from the morning of December 1st 2020.

As we enter the holiday season of a year where the most unprecedented thing is the amount of times we have collectively heard the word “unprecedented”, we are confronted once more by markets setting record after record while the leader of the world’s largest central bank is calling the economic outlook ‘extraordinarily uncertain’. It’s important at this juncture to get some perspective on the stock market and how it works. And it is almost impossible to do this without having a good deal of experience.

When I first became a licensed investment advisor in 1997, I entered a rapidly inflating bubble that was to lead to the first of the three largest crashes that I witnessed in my career. At the time, Warren Buffet’s name was on everyone’s lips.  Buy and hold was the mantra of the day and two years later the Dow was to hit 10,000 – a sacred number – but I wasn’t buying it.  While I pride myself for being an optimist, even more, I pride myself for being an individual, and just because everyone said we were living in a different era didn’t mean it was so.

In 1998, rather than just accept conventional wisdom, that markets always go up, I made the journey to Omaha, Nebraska to Warren Buffet’s annual meeting, or as it’s known in the industry, Woodstock for capitalists.  Two days of promotion for Berkshire Hathaway’s many businesses later, the annual meeting was held inside a gigantic auditorium where the faithful flocked to hear the Oracle of Omaha speak.  The only question I can recall from that day 22 years ago was: “Is the market too high?”  Warren’s answer was that if one thinks growth will remain in the double digits for 50 years then no.  Or, if you put it another way, Warren’s answer was “yes” the market was indeed too high.

Fast forward to today where we live in the “upside down” world of Stranger Things.  The stock market has followed Alice down the rabbit hole and has found Tinkerbell holding a party with Dorothy and Peter Pan.  The worse things get, the higher the market goes. 200,000 people sick each day in the USA? No problem.  The leader of the free world crying foul about the US election? Don’t worry about it.  But the most incredible thing about all of this is that after being in the industry for 20+ years, I get it.

We are living in Neverland.  Second star from the right and straight on until morning.  After all, every time a central banker laughs, another dollar is born.

When I started in 1997 there were approximately 1,000 billion US dollars in existence. Through each crisis that we saw in financial markets – the doozies being the Tech Wreck, the Great Recession and Covid 19 – each crisis was met with the lowering of interest rates and the creation (printing) of money.

Financial assets have their own theory of relativity.  The more money that is in the system, the more everything is worth.  Those invested in assets like stocks… real estate… art…  are not necessarily getting wealthier, it can be thought of like they are standing still while prices move out of the reach of everyone that does not own such assets.

And this is where we can understand why the markets are up when the economy is extraordinarily uncertain.  Our leaders do not slow spending in times of strain.  They spend more. They do not raise taxes, they reduce them. In other words, most every crisis that we have seen during our lifetimes, has been met with lower interest rates, easier monetary policy, and money being created out of thin air. It has led us to the point where many market strategists are calling for double digit gains in the TSX and the S&P 500 for 2021 and beyond.   We may well be at the beginning of a multi-year bull market.  Tests and treatments for Covid are getting better. Vaccines are rolling out. We could see a situation where we all get back to work, with fabulous investment portfolios, high real estate prices, money in our pockets and a real desire to spend.  Movie theatres will once again be smelling of popcorn and filled with people and wonderous laughter. Restaurants will overflow with late night diners, and nightclubs will welcome them with later night dancing. Halls will once again be showing live music and theatre. People will remember why they love working and living downtown and why it’s so great that everyone is so close together.  After all, there is nothing better than the community, the anonymity and the accessibility to everything that comes with living in an urban center.

Are there things that we need to be concerned about in markets today? Absolutely. The pain of people who do not have assets cannot be understated, and for those that do have assets, events can always happen that are out of anyone’s control.  This is why having an investment plan and a properly diversified portfolio is so crucial.  However, the next crisis will likely result in another doubling of the amount of the money supply… we may see M1 money supply in the US rise from $6 trillion to $12. Inflation seems all but inevitable and those who lived through the 1970s can attest to the challenges and strains of those days.   Young people are being priced out of the housing and investment markets and this could lead to serious social problems.  But, while we are waiting for Wendy to decide that it’s time to grow up, these are the things you should let your advisor be concerned about. Until that time, it’s important to make sure that you are invested, that you hold assets that will do well in this environment and that you take full advantage of your time while living in Neverland.

A podcast investigating investing with a focus on Environmental, Social, and Governance themes.

Being an optimist is an important characteristic of any advisor. If you don’t believe

In my blogpost of March 26th this year, The Chairmen, I wrote about the importance

We strive to give exceptional service and care to our clients and their families. With decades in practice, we know investing is wonderful when done well. Put your trust in us and benefit from our experience.