With 10-year yields dismal, how to position in equity “zoo”

With 10-year yields dismal, how to position in equity “zoo” 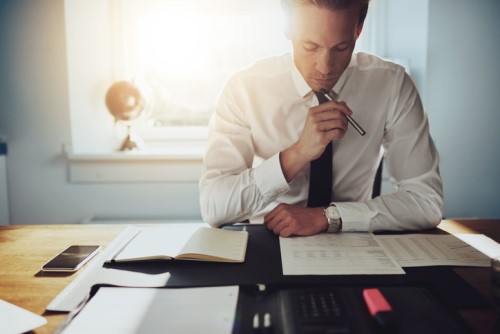 Critics of the US Federal Reserve’s latest interest rate cut have questioned why an economy which is putting up good numbers needs further stimulus.

Chris Stuchberry, portfolio manager at Wellington-Altus Private Wealth, compared it to putting gas on a burning fire and told WP that while this isn’t necessarily a bad thing, it represents a significant policy shift that money managers have to adapt to.

Since the December sell-off, equities have rallied and are about 40% higher than when US President Donald Trump won the election in 2016. In 2019, there has also been a correlation between the S&P 500 and the US 10-year treasury yield, with the latter heading downwards as the equity index touched all-time highs.

Stuchberry questioned why anyone would want to buy a 10-year at 2% when you can take a chance in the equity “zoo”. “In simple terms,” he said, “you can get broad exposure to the S&P and you are in better shape.”

This is, of course, when portfolio managers must use their nous and judgement to construct the right mix and pick the sectors that are going to be safer, risk-adjusted and with higher yield and higher growth. 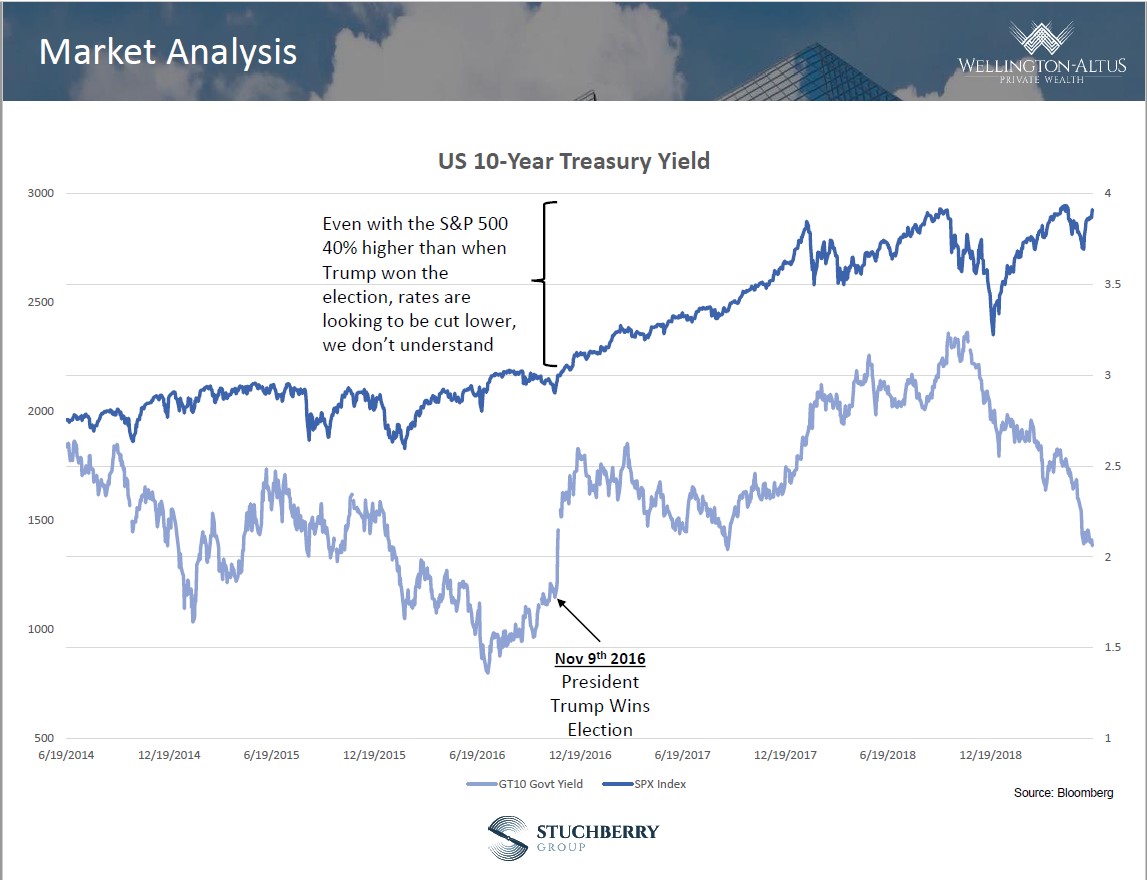 The Toronto-based advisor admitted the current environment is not the one he envisaged a year ago. But the December decline of the US 10-year yield and the subsequent quarter-point rate cut – with maybe another one on the way later this year – has caused a rethink. Having planned for hikes, he’s now had to adjust to cuts.

One of his first moves was to reduce financials because of reduced interest rates. He then addressed how the portfolio was to approach the issue of corporate debt, with which he implements a strict balance sheet screening process.

He said: “You don’t want to own a company that is loaded with debt and has a bad balance sheet because every time rates tick up and they have to refinance and restructure, it’s at a higher cost.

“If your revenue is about the same but you are getting squeezed [by rising rates], how do you pay bigger dividends? You can’t, so that’s out the window.”

Stuchberry said that his portfolio of about 30 stocks had around seven or eight with net cash and no debt, so there was no worrying backdrop if rates were to go higher.

He explained: “That’s been taken away for a short period given and what we are seeing in 2019, and I think it will continue for a bit longer, is that the rougher balance sheets happen to be the high-yield companies.

“It’s just their type of business. If you are utility or pipeline, you put on a bunch of debt and build an asset that’s going to last 30, 40 or 100 years, and then you charge a recurring fee and build on that. Previously, you were likely to see cashflow suppressed and squeezed by the cost of debt. That has now been taken away. Those stocks have really rallied in 2019 and as you start to see cuts, that will continue.”

Stuchberry hasn’t shifted his portfolio to try to chase this performance and still backs owning debt-free, low risk companies that are largely unaffected by rate cuts. He has, though, weighed down the debt profile, which enables him to have a look at other companies and broaden the portfolio’s reach.

The current trend of plummeting 10-year yields – Canada has seen a 45% decline since November last year – is unlikely to continue, according to Stuchberry. With the unemployment figures good both sides of the border, if they continue to get better, why would you stimulate again?

He said: “I think this will turn around at some point in the next one to two years and we’ll get the US 10-year moving up. It moved more in one day when Trump got elected that it had in years, so it can happen quickly.”